Romanian President Traian Basescu said Tuesday that Supreme Defence Council (CSAT) has approved the U.S. request to use the port of Constanta and Kogalniceanu airport for transit to and from Iraq and Afghanistan. More specifically, the Supreme Defence Council approved the U.S. request to use the Mihai Kogalniceanu Airport and Constanta Port as a transit point to transport troops and military equipment in Iraq and Afghanistan, and  to transport them from Iraq to Europe. 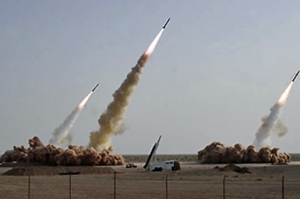 In addition, CSAT has approved as the military base and airport Deveselu, Olt County to be location for the anti-missile shield elements. The decision where will be located the 24 interceptor missiles and a radar occurs after a thorough analysis of Romanian and American specialists. President Basescu also said that the base control will be ensured by Romanian officers. “It is not an American base, but a Roman military base of the Air Force, which is partially used to missile system. Romania has achieved an important objective, namely to ensure their long-term security. Missile shield elements are not directed against Russia.”; 200 U.S. troops will be deployed at the Deveselu military base, the maximum number can be stationed up to 500. Also Mircea Geoana, chairman of the Senate Chamber of the Parliament of Romania said that it is an important moment for strengthening the Romanian-American partnership, but expressed hope that the anti-missile shield will be developed as set out in the Lisbon Summit and Russia will be co-opted as a partner to remove suspicions.

According to the Ballistic Missile Defense Review Report, published by the U.S. Department of Defense on 1 February 2010, considered four stages of development:
– Phase I (ongoing):

* Protection of some parts of South-Eastern Europe, through the deployment of radar systems and SM-3 interceptors placed on ships, accompanied by placement of a forward radar, missile launch detection to the upward trajectory in the phase. The first phase began on March 7, 2011, by sending in the Mediterranean the ship “USS Monterey” equipped with the Aegis system.

* Extension of protection by NATO allies for a new generation of operational SM-3 interceptors (enabling the launch of the ground) and new radar base. These units will be located in land in South-East. The project is agreed that the interceptors will be placed in Romania, while the location of the radar base to be established.

* Expanding the system to cover all NATO members in Europe, by placing a new land bases in Poland, and by continuing the development of new SM-3 interceptors, place the sea and on land.

* Extension of protection from possible attacks by intercontinental missiles, including through further developing the SM-3 missile and radar systems.

Richard Holbrooke, a brilliant U. S. Diplomat who wrote allocation of the Pentagon papers, was the designer of the 1995 Bosnia peace plan and served as President Barack Obama’s exceptional envoy to Pakistan and Afghanistan, died Monday, the State Department said. He was 69. 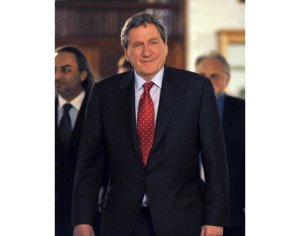 Mr. Holbrooke was taken to the hospital on Friday afternoon after becoming ill while meeting with Secretary of State Hilary Rodham Clinton in her Washington office. Doctors found a tear to his aorta, and he underwent a 21-hour operation that ended early Saturday, said New York Times.

Problems of Obama Administration seem not to end. Holbrooke’s death comes just days before the Obama administration’s latest review of the Afghanistan war, expected Thursday. It could affect the administration’s ability to put in place — and in addition sell to a skeptical congress — its push for afghan forces to assume a greater role in the fighting, permitting U. S. Troops to come home. It’s a transition in which Holbrooke was required to play an indispensable allocation. Holbrooke – whose forceful dimplomatic style earned him nicknames suchlike “the bulldozer” or “raging bull” — is perhaps best known for helping broker the Dayton Accords, a 1995 agreement that ended the war in Bosnia. Also, he served as ambassador to the cohesive nations for the Clinton Administration. He in addition was ambassador to Germany from 1993 to 1994 and then assistant Secretary of State for European Affairs.

Wikileaks – from the investigative journalism to conspiracy of intelligence services

The founder of Wikileaks, the Australian Julian Assange, was arrested by British police under a European arrest warrant issued by Sweden, Scotland Yard announced today, according to Reuters. 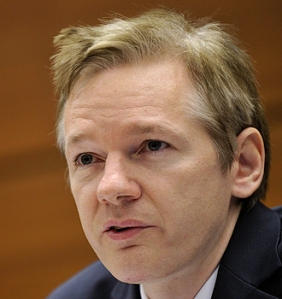 Assange was due at Westminster Magistrate’s Court later Tuesday. If he challenges his extradition to Sweden, he will likely be remanded into U.K. custody or released on bail until another judge rules on whether to extradite him, a spokeswoman for the extradition department said on customary condition of anonymity. Kristinn Hrafnsson, spokesman for WikiLeaks, expresses the site’s official response to the arrest of founder, Julian Assange, by British police Tuesday on a European arrest warrant: «This will not change our operation». 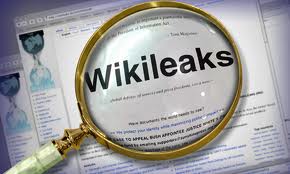 I was asked by some friends how I missed such a juicy topic  like the recent revelations from Wikileaks. I have not missed the subject. I simply avoided to give my opinion without sufficient information. Or more clearly: I dislike the spirit of the flock.

1. Let me begin by saying that those allegations credibility is more than questionable. It would mean admitting a huge lack of intelligence  of Assange.  But…personally, I think that whatever happened in reality, Assange was wrong .  The full story can be read here. At that time (August 2010 – Julian Assange attends a seminar at the Swedish Trade Union Confederation headquarters in Stockholm on Aug. 14, 2010) founder of Wikileaks was already short list of many authorities. And that many expected a mistake  from him… Even a minimal intelligence would have avoided making such mistakes. Even if he had a hypothetical protection behind the scenes. When you’re in the limelight of all the heavyweights of the world, you could be accused of anything… with related evidence included !!… I have several friends in various international organizations and I know how reluctant they are when the organizers of various events want to present them a pleasant female company. Such things are practice and it’s better to prevent than to treat any subsequent «headache».

🙂 since I cleared the story with sexual allegations, to return to the issue of disclosure WikiLeaks.

2. There has been very much discussiones surrounding the controversial website Wikileaks, and its founder Julian Assange.  Although initially the traditional media was kept away from the subject, however, heated debate in the online issue turned into a phenomenon that could not be ignored. Pro Wiki supporters have seen Assange released like a fight for freedom and truth, and want corrupt governments brought down. In response, critics of WikiLeaks and fans of scenarios conspiracy have seen WikiLeaks revelations of massive intelligence service action. I think both are right. I will explaine.

A look at the timeline of events: First time WikiLeaks published documents about extrajudicial killings in Kenya, toxic waste dumping in Africa, Church of Scientology manuals, Guantanamo Bay procedures, and banks such as Kaupthing and Julius Baer. A classic example of investigative journalism. Powered professional. But less annoying for big players in the political sphere.  There were also some action against Wikileaks. Not radical, because the ‹enemy› doesn’t seem to be extremely dangerous.

In 2010, WikiLeaks published classified details about United States involvement in the wars in Afghanistan and Iraq. A move that directly target the Obama administration, already facing a loss of popularity and support for the two conflicts. Wikileaks disclosures have also caused an attitude of distancing from the major European partners of NATO. Just when Obama Administration  require  its partners a greater involvement on Afghanistan conflict. I suppose in this context, on unofficial ways tried to reach agreement with the team Wikileaks regarding stop publication of sensitive information. Of course, here can  be only two options. Deal or not deal ! Quite difficult to find. Yet.

Then, on 28 November 2010, WikiLeaks and its five media partners began publishing secret U.S. diplomatic cables. The first 1000 diplomatic mails have brought nothing devastating. We found that the whole world political system is based on corruption, machinations behind the scenes, lack of respect for us, ordinary citizens. And also, in many cases a huge incompetence. Sorry, Mr. Assange … but we already knew it ! Until proven otherwise, I believe that Wikileaks has been poisoned intentionally with some produced correspondence folders. Nothing leaks really important yet. Any good assistant can make such summaries monitoring daily press and the releases on websites embassies. More ? A lot pins between partners, backstage gossip that hasn’t escaped any significant political figure … Some revelations are almost ridiculous (or wants to be perceived as such). I think it’s interesting to watch what next… Especially in the context of last year when the global media moved predominantly in the online space, a too permissive space for even the most solid democracies …